You may remember a couple of posts back that I mentioned the amazingness that is Armistead Maupin’s Tales of the City. A series of novels that tell the story of a group of all-sorts making their way through a tangle of sex, drugs and love in San Francisco.  Beginning in the free-loving 1970’s and literally ending on a high in the present.

I don’t know whether it was because I recently moved here or just that they’re really bloody good but I was hooked and read all of them, desperate for the final book in the series, The Days of Anna Madrigal, to be released.

Any hoo, with the books read and the miniseries watched I went in search of my next TOTC high. To my joy I found Tours of the Tales aggghhhhh! Actual walking tours of all the places old Maupy talks about in the books – massive geek alert! So off we trotted, myself and the dark haired one (who got me hooked on TOTC in the first place and who is as obsessed as I), in the pursuit of happiness on, the evocatively named, Tour 1…  Here are a few snaps of some of the highlights, from one of the best days I’ve spent in SF since we moved here! I would also be as bold to say that even if you’ve not read the books at all this would be a great walking tour of SF anyway, with some incredible views, providing the fog doesn’t roll in of course! 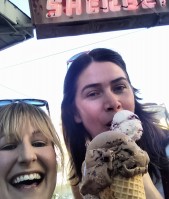 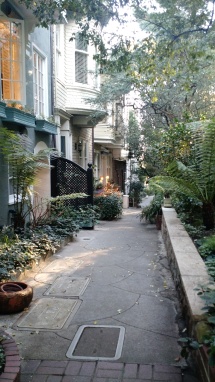 We whispered all the way down

Maupys inspo for the Barbary Steps 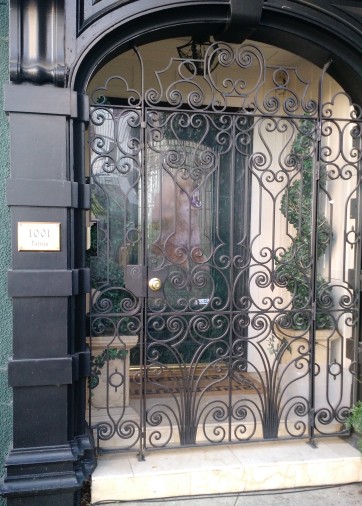 Angry poodle guard dog! not part of the tour